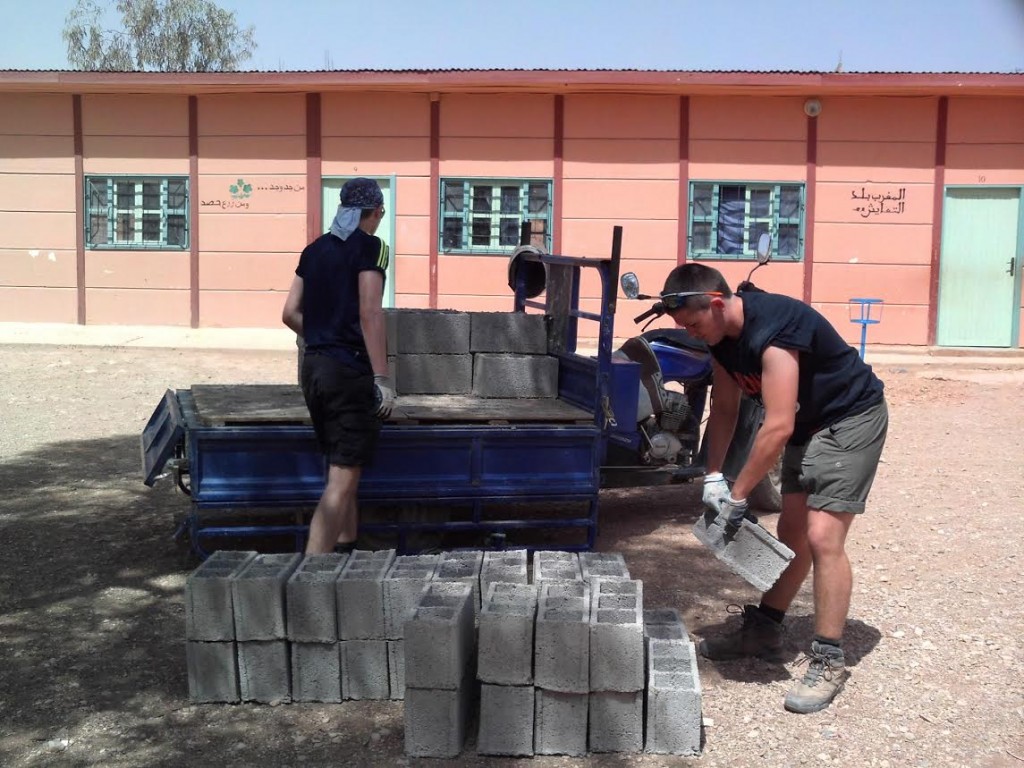 A few months ago we sponsored a World Challenge project which meant that 3 sixth form pupils from Connah’s Quay High School could go to Morocco to help out in renovating a school. We are proud to say that the project has now been completed and all of us at Evergreen would like to congratulate the young men on their amazing work.

Sian Edwards, a teacher at the school who went with the students gave a rundown of the project:

The team worked with the school to change their outdoor facilities. This involved cementing two large areas of the playground, building a rock garden, repainting a toilet block, digging out several new paths around the playground and actually making the cement to be used.

As they were working in temperatures of up to 44°C every task was hard work but the students worked tirelessly. It really has been a privilege to work with them on this project and the results were very pleasing.

The students met with local children from the town and had the opportunity to talk and play with them. They made loom bands for them and taught them hop-scotch. Cobey worked with a small group of boys to complete his Welsh flag painting on the side of the school building.

We also made a donation to the school of books, pencils, pencil sharpeners, rubbers and colouring pencils, along with some toys and tooth brushes.

And here’s a short snippet of what Scott, one of the guys involved in the project had to say:

Our first day of work was very much for us to find our feet and adjust to working in the heat. We pick axed and dug out a ditch around the toilet block and filled it with rocks, then proceeded to begin concreting over the yard. We were showed how to mix the cement and aggregate (without a mixer!) and then loaded it into a wheelbarrow and dumped it by Braheem who would flatten it out and make it look like pavement. When the workers wanted a barrow load, they would just shout “BARROW!”, a shout which was used a lot over the five days we worked.

Day 4 saw us finish off the concreting of the toilet block, and the beginning of the rock garden. Preferring the manual labour, Scott and Casey mainly worked on the rock garden. Firstly, Abdullah marked out a circle using chalk which we had to pick and dig out, and then fill it with rocks. Then, over the course of the next few days the layers of the garden were gradually built up, having filled one layer we would begin the next one. By around day 6 three layers were almost complete, along with a water spout which had been installed up through the centre, and plants had also been planted into the bottom two layers of the garden. By this time, Cobey had begun work on his painting of the Welsh dragon, so that our school could leave their mark on the community and would be remembered. Our school also donated exercise books and pencils to the school which we had brought from the UK, and presented them to the deputy headmistress in front of the school. We had also taught some Moroccans a few Welsh words by now, with Abdullah constantly shouting “wedi blino(tired)” and Tarik taking an extreme liking to “bendigedig(fantastic)”.

After many days of hard work on the rock garden and toilet block, day 7 came about. This was our last day of project, and Cobey finally managed to finish his painting on the school wall. The toilet block had also been painted green by other members of the group, and the rock garden had been finished, after lots of team work. Before we said goodbye to the school for the last time, we donated a D500 tip to both Abdullah and Braheem for being so kind, welcoming and hard working. Scott then donated a football shirt to Abdullah, Braheem and Mustapha (a bricklayer) for them to give to their sons. Casey shared his wrestling title belt with the local children and allowed them to have photos with it, which they thoroughly enjoyed whilst singing wrestling chants! We then packed up, said farewell to the children, and left. After one last feast of mounds of spaghetti, prepared astoundingly as always by the ladies, we gave each of them a tip of D150 each as a thank you for their tireless work. Some of the lads then went out to a barbers to have a traditional cut throat shave in the heart of the town, before getting back and going to bed, ready to be up early for our long drive back to the Atlas mountains, and begin our trek!

After two weeks in Morocco, all three of us have had our eyes widened to what the real world is like out there. We feel privileged to have the education facilities we do in this country after repairing the school, and also realised how unimportant wealth actually is, with Abdullah being the cheeriest person any of us had ever met. We were also opened to the concept of a new religion, with almost the whole country being Muslim. Ramadan was a particularly strange thing to experience, as people gave us seething looks if we were to eat in public. We would like to take the opportunity to thank Evergreen Partners for giving us the one final push needed to make over a years worth of hard work finally worthwhile. Thank you, and God Bless

Again, we would like to say a huge congratulations to everyone who worked on the project. Below, is a gallery of some of the photos of their time in Morocco. 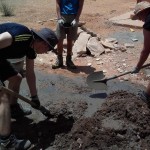 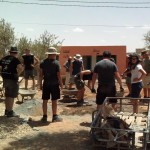 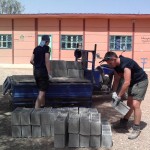 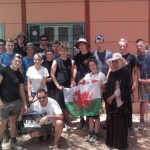 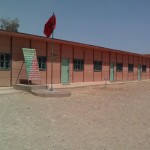 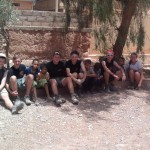 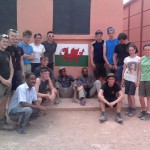 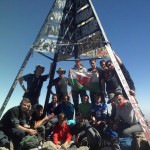